The other project I've been working on the last few months or so is a large, stand-alone graphic novel about a bunch of kids who drop out of society and set up camp at the town dump.  Honest.  I'm actually pretty excited about it, as it is the sort of "could happen in the real world" type story that I really enjoy.  There's no magic or fantasy elements.  It's as realistic fictiony as I get.

Here are a few pages from my sketchbook.  The color was added digitally at a later date.  I could decipher the text in the sketches, but I think I'll leave it up to you.  Most of the writing in my notebooks and sketchbooks is as sloppy and messy as this. I think, in a way, I need to really commit to an idea before I write more carefully.  At this stage, the dialog itself is a sketch. 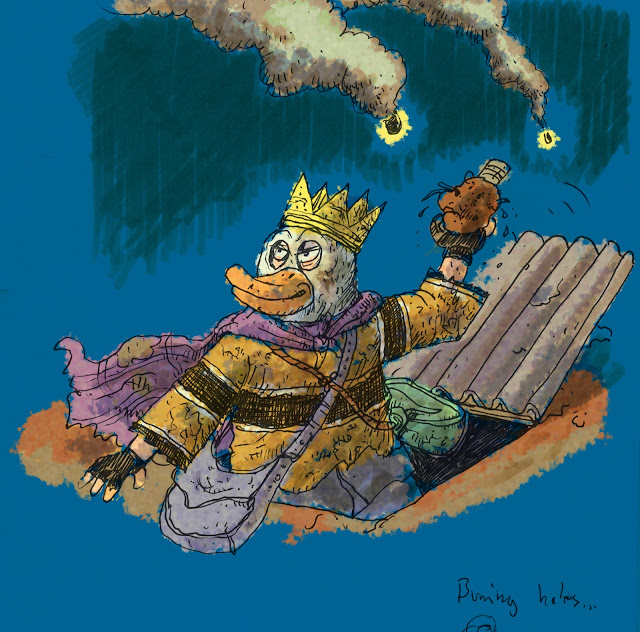 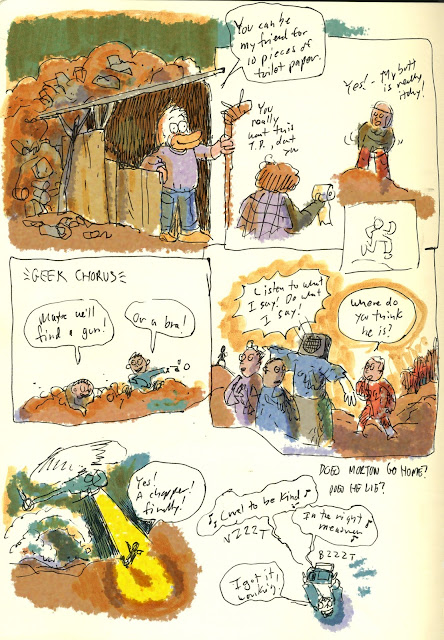 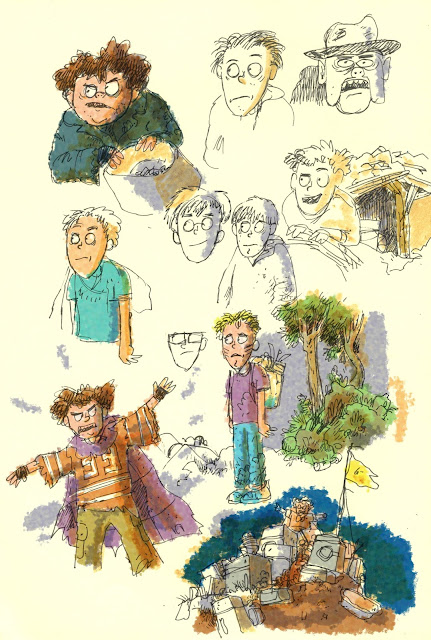 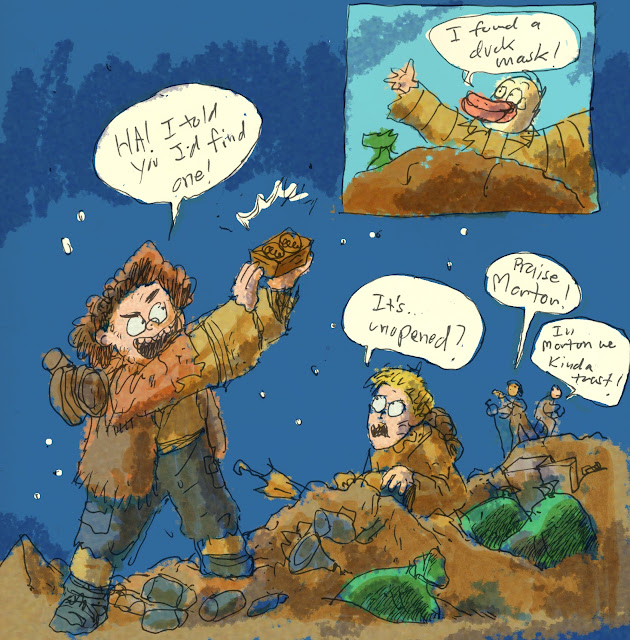