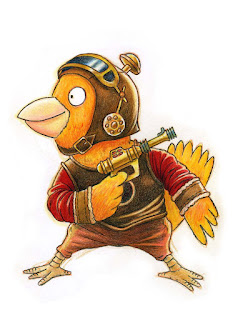 Here's a colored pencil drawing that I couldn't call anything other than "Bird Rogers."
Posted by Michael Rex at 6:45 PM No comments: 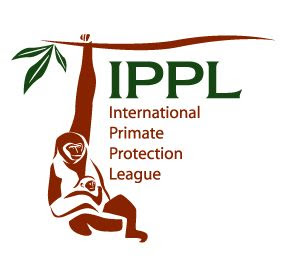 The International Primate Protection League is a “grassroots wildlife protection organization” that promotes “the conservation and protection of all nonhuman primates, great and small, around the world.” In other words, they’re good people.
Please, take a few moments to stop by their site and find out more about the IPPL and the great work that they do.

Their September 2010 issue of "IPPL News" features an entire page dedicated to “Furious George Goes Bananas!” There’s even a contest for children to draw George, and they can win a book signed by me! When it's announced, I'll make sure to post the winning entry. 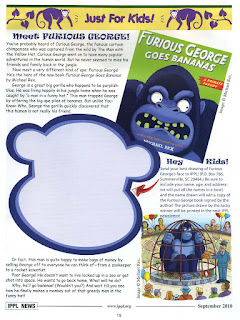 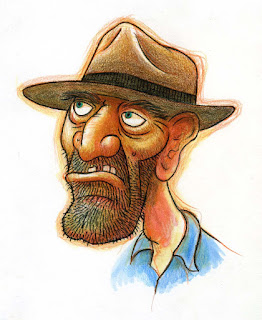 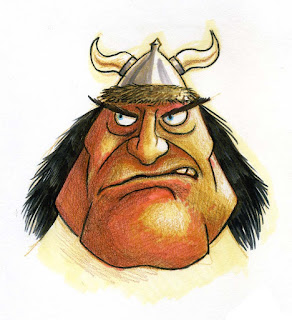 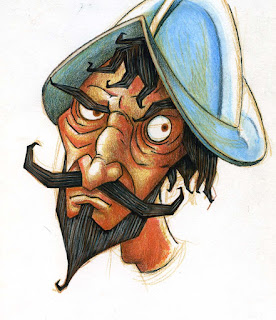 For the first time in six years, I no longer have Grad school two nights a week, and I have been having a good time just drawing. I'm trying new materials and new approaches. Here's a few faces done with marker and colored pencils. I consider these sketches, because they are not really "done."

While these don't really fall into my watercolor attempts, they provide the same, non-digital, process, and satisfy my need to have a physical piece of artwork that I can show off without looking at a computer screen.
Posted by Michael Rex at 11:18 AM No comments: 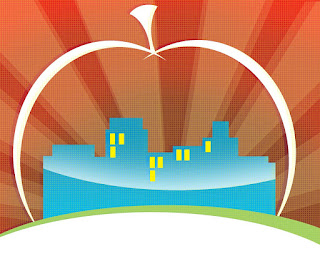 This is a "sketch" that I made for some friends for an App. that they are creating. 100% digital. This is one of the first non-children's pieces I've done in a while.
Posted by Michael Rex at 12:50 PM No comments: 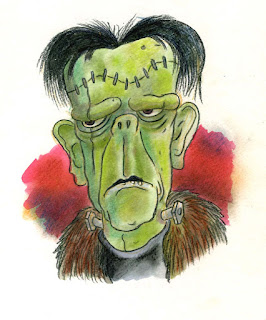 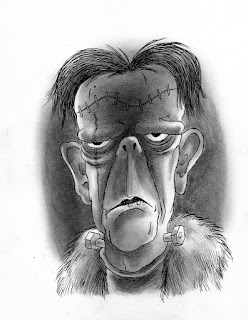 Early on, I knew that Frankenstien's monster would appear in "Goodnight Goon." I did mess around with the idea of using watercolors for this book, but I didn't, and still don't, feel that I'm a very good painter. Above is the the watercolor test and the same image drawn with pen and ink, and rendered with pencil. One looks amatuer, and one looks professional. Easy decision on my part.
Posted by Michael Rex at 12:15 PM No comments: Here’s one last (I promise) pass at a black and white drawing colored using watercolor samples. The “Park Luncheonette” is located in Williamsburg, Brooklyn, on the corner of Union and Driggs, if I remember it right. I lived on the south side McCarren Park from 1988 to 1999, and we used to eat hot dogs there in the summer. This drawing is very old. According to my sketchbook, I drew this in the summer of 1990. I like the color in this one, but the lack of a character makes it a bit flat.
It's also a bit too grubby looking for picture book art.

In the Martin Scorcese film, “The Departed,” there's a long scene where Leonardo DiCaprio beats the spit out of a bunch of guys and hurls them through some glass cases. That was shot at the luncheonette.
Posted by Michael Rex at 6:17 PM No comments:

He Has a Fish In His Pocket! 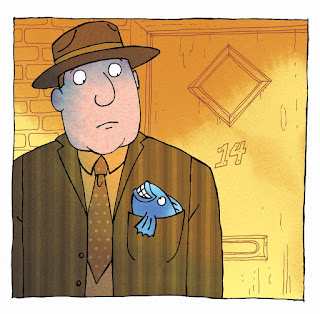 One more digital/hand drawn piece before I knuckle down and get to rewrites and fixes on my graphic novel. Man, I like this one.
Posted by Michael Rex at 11:38 AM No comments:

I liked that little sketchbook piece so much that I dedcided to try the same technique with a more traditional picture book style drawing. I'm very happy with this...As with all of my images, you can click it to get a closer look.
Posted by Michael Rex at 9:19 AM No comments: Here's a little sketch I did this afternoon while killing a few minutes before seeing "Monsters" at the Sunshine Cinema in Manhattan. I added all of the color with scans of ink smears and patterned paper. 50% hand drawn, 50% digital. I like this one.
Posted by Michael Rex at 7:38 PM No comments: 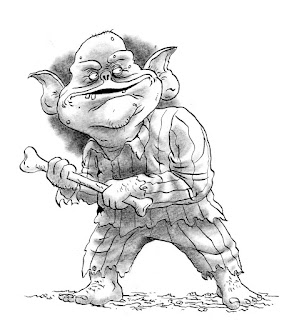 Once I was working on the dummy for the book, I also spent some time working out the style I wanted to use for the final art in this book. I knew that I wanted to use a hard black line, but I wasn't sure how it would look with the pencil rendering. I was very happy with this first test piece.
Posted by Michael Rex at 8:30 AM No comments: 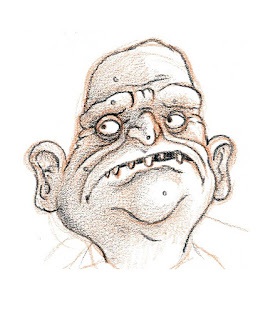 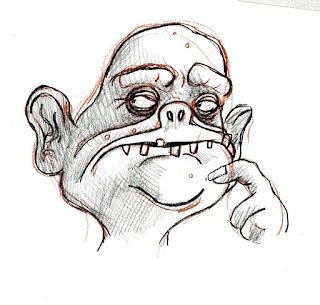 Two more goon sketches. The one on the bottom was the one that I used for the dummy. It was just about there.
Posted by Michael Rex at 7:22 AM No comments: