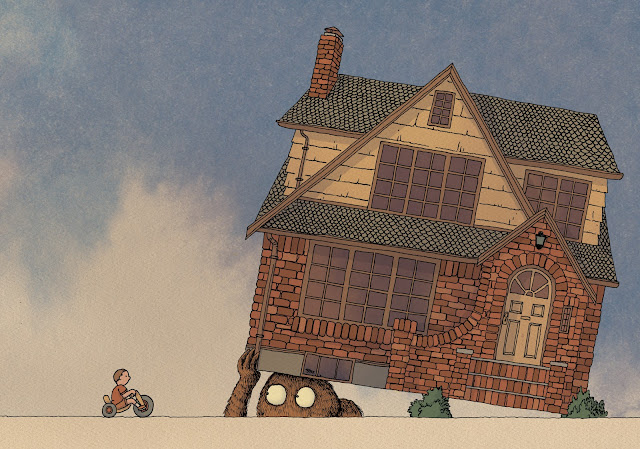 Here's another new illustration from a few months ago.  I really like the one.  The color was all digital, with textured paper scans, and enlarged watercolor smears.  This summer, I am going to be very busy doing finals for the next Icky Ricky book, but I hope in the fall that I have time to explore these techniques a bit more.
Posted by Michael Rex at 7:50 AM 2 comments: 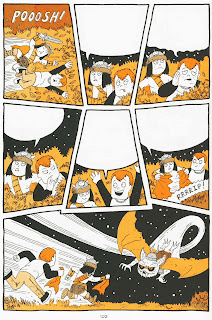 Over the last two weeks I’ve been listening to voice auditions for Fangbone!

When writing the books, I always had a clear impression of what Bill would sound like, mainly because I spend a lot of time with kids.  But I never got a grip on Fangbone.  I knew what he would say in any given situation, but I could never zero in on exactly how he sounds.

I’ve heard many different interpretations of Bill and of Fangbone himself.  We’ve also been hearing readings for Drool, Bill’s Mom, Principal Bruce and the teacher Ms. Gillian. It’s very hard to put a voice to an image, much harder than I thought.

Some are too cartoony, and some are too straight.  Some try to make every word funny, and some are a bit to restrained.  The truth is, we haven’t heard anyone who is “bad,” just not “right.”  The talent is there; it’s just a matter of finding the right voice, and the right personality to carry the character.  At this point we have some strong contenders, and I am getting to hear some longer audition recordings.

While we did listen to a few children, we’ve decided to go with adults, mainly because of the comedy in the show.  We are also hoping to use a bit of improv, especially for the person who will eventually be doing Bill.

Posted by Michael Rex at 8:00 AM No comments:

When I initially drew the dummy for Icky Ricky I used a very different design for him.  My editor loved the dummy, and most of the character designs, but felt that Ricky wasn't unique enough.  So I sat down and tried to come up with something that would stand out on every page.  Here are 6 pages of Ricky sketches that eventually lead to the final design.

There's some stuff in there that doesn't work at all, but you have to get the crummy ideas out of the way so that the good ones can show up. 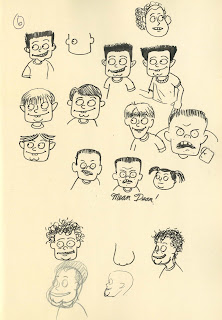 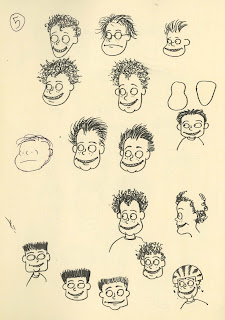 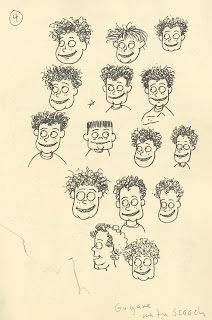 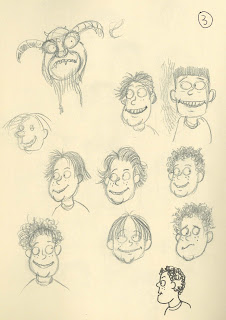 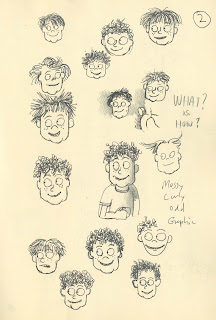 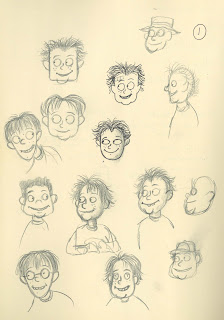 While drawing the Fangbone! books, I never really got to explore the character of Venomous Drool.  Yes, it is his Big Toe of Evil that drives the narrative, but we never get to spend much time with him in the stories.

For the Fangbone! pilot, Drool has become a much more important character.  Right now, he's undergoing a very cool re-design.  In the show, we will also be seeing his castle in Skullbania.

While I am sure the show designers will come up with something great for the castle, I also did a few pieces just to get some concepts laid out.

Here are my two "sketch" ideas for the castle. Enjoy. 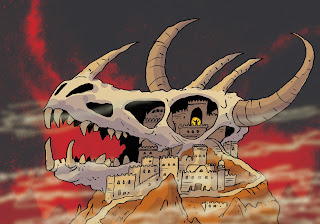 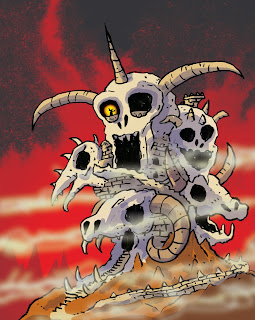 "Icky Ricky" is set for release on May 14.  It was supposed to be out in June, but got moved up at the last minute because Barnes & Noble is including it in their summer reading promotions.  The official website, with a killer trailer, will go live soon. 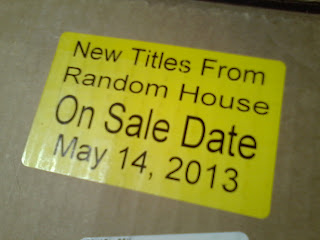 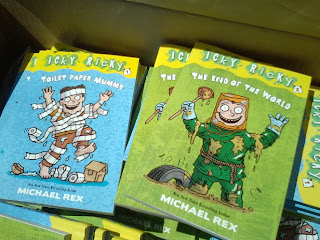 Posted by Michael Rex at 6:27 AM No comments: