I received this letter from a very happy mother a few days after a recent school visit.  "Icky Ricky" was designed with new readers in mind.  Many of the chapters are stand alone stories, and there is art on every page.  I'm kind of amazed that a five year old is reading it, but more power to him! 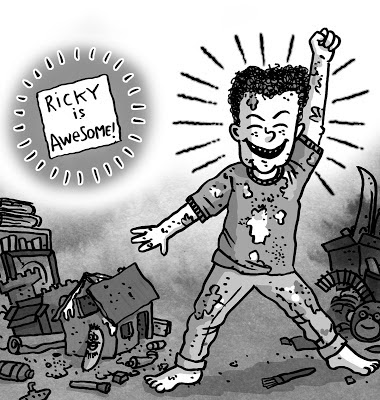 'THANK YOU!  I think it was just last week you spoke at SJA and made an AMAZING impression on my kindergartner!  My son has strong reading skills but I have been want to find a chapter book to capture his attention.  But, after seeing you speak, he DEMANDED I take him to the public library where he immediately found "Toilet Paper Mummy".
Initially overwhelmed by the 120 pages, I encouraged him to take it one page at a time.  And his teacher let him read the book to the class.  Two days and 91 pages later, he is almost done! So if you ever wondered the impact you had on children when you present, I can tell you that you certainly reached my five year old."

Reeling in a big one!

I’ve been chasing a new graphic novel idea for a while.  I knew how I wanted it to feel, and I had a real sense of what the project would be like, but I was missing a few tiny details, such as a story and a character.

The other night, while my son was doing his homework, I was, as usual, doodling.  I sit next to him to keep him focused, but he really doesn’t need help with his work.  Something showed up the doodles that I hadn’t planned on.  It was a character for this hazy notion that I had.  The floodgates opened.  Within minutes I knew who my character was, how he would act, and what his arc would be.  He fit perfectly into the setting that I had thought so long about, and he makes sense in the stories I want to tell.

Some might argue that the idea did simply show up in my drawings, and it had been in my subconscious all along.  I will agree with that part, but if I had been doing anything else but drawing that evening, I wouldn’t have been there to channel it into something concrete.  One never knows when the best ideas will show up, so we must always be working towards them.

You might be thinking that I am being terribly vague here about the idea itself, but I don’t really want to explain the whole concept yet.  It’s kinda hidden there in the artwork. 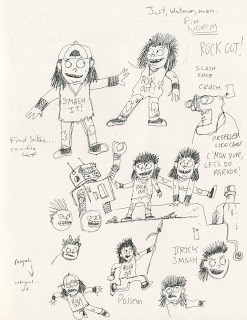 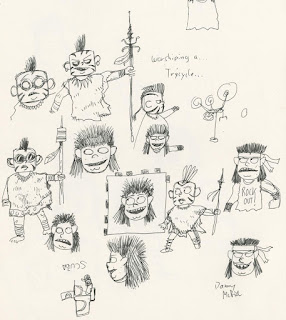 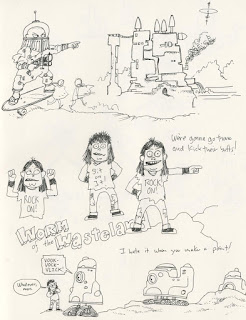 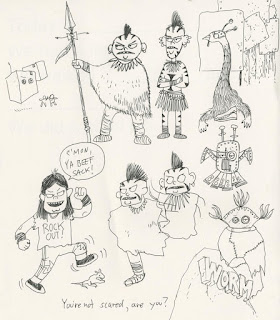 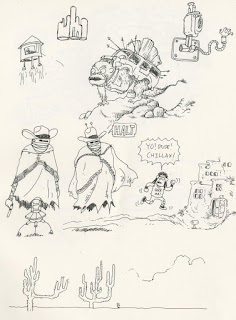 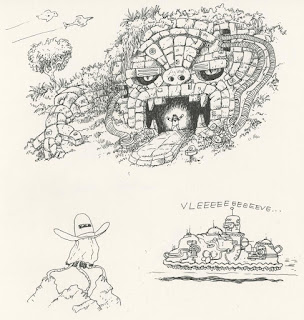