While I am working away on the art for last Icky Ricky book, I’ve been spending a good amount of time trying to figure out what to do next.  One of the things I’ve been interested in is something that is true sci-fi.  I’ve always loved science fiction, and have gone through phases where I’ve read a ton of it.  But as much as I love something like Star Wars, I’m really interested in “hard” sci-fi.  I don’t want to read about magic, and I don’t think I could tolerate another story where there is a “chosen one.”

I’ve been messing around with a character called "Unit 77" who is a clone.  He’s been created to do one certain job, but he thinks that there has to be more to life…

That’s the short version of it.  I’ve been sussing out other characters, and locations, and how the stories would move.  Right now, I’m thinking about it as a graphic novel series, or possibly illustrated chapter books.  I’m not sure.  It’s still pretty early in the idea stages.

As I have said in other posts, I do believe that when one has an idea, it is good to make it concrete, and to get it out there in some way.  It becomes real.  I also feel that if I post these conceptual stages on my blog, I really force my self to keep thinking about the idea.

Here are just a few “Unit 77” sketchbook pages.  Mad Max made his way into the last one, but I guess I lose some street cred because he’s driving on the wrong side.  I kept that sketch in there because it also shows a bit of my process.  I spend a good deal of time trying to remember what got me excited about drawing and story telling when I was young.  I haven’t lost any interest in these pursuits at all, its just that I like trying to get back to creative ground zero every now and then, and see if there’s something there that I have yet to explore. 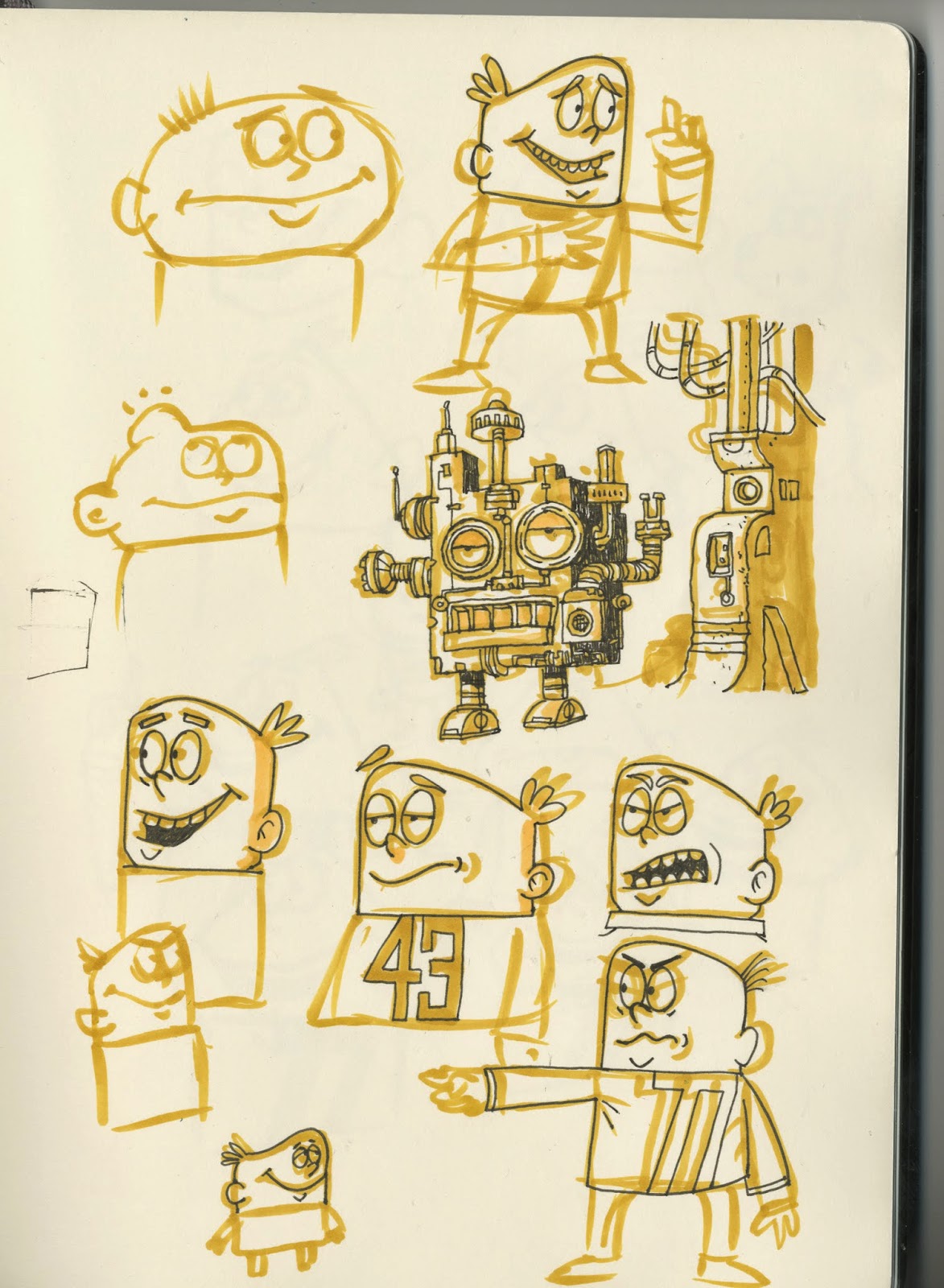 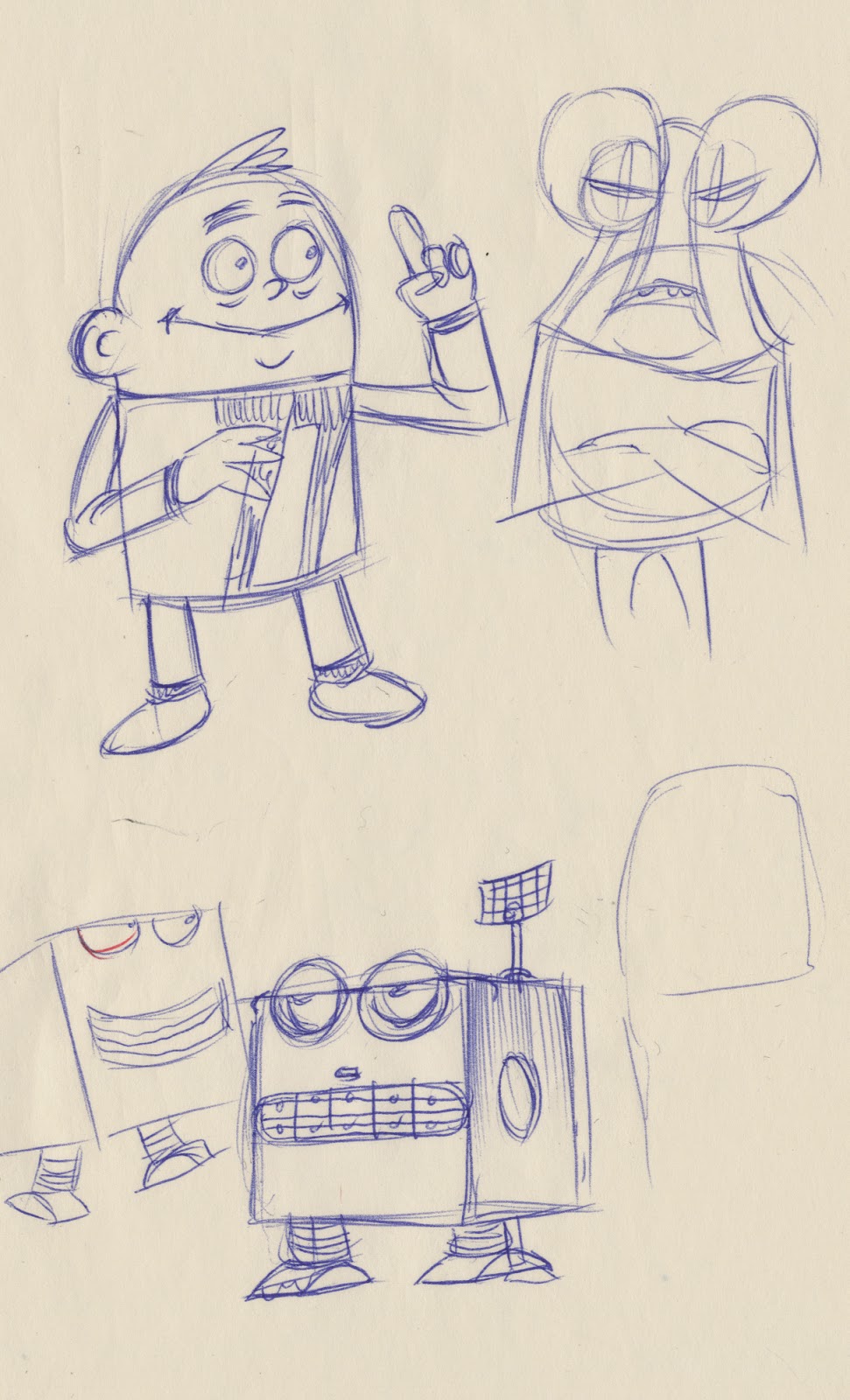 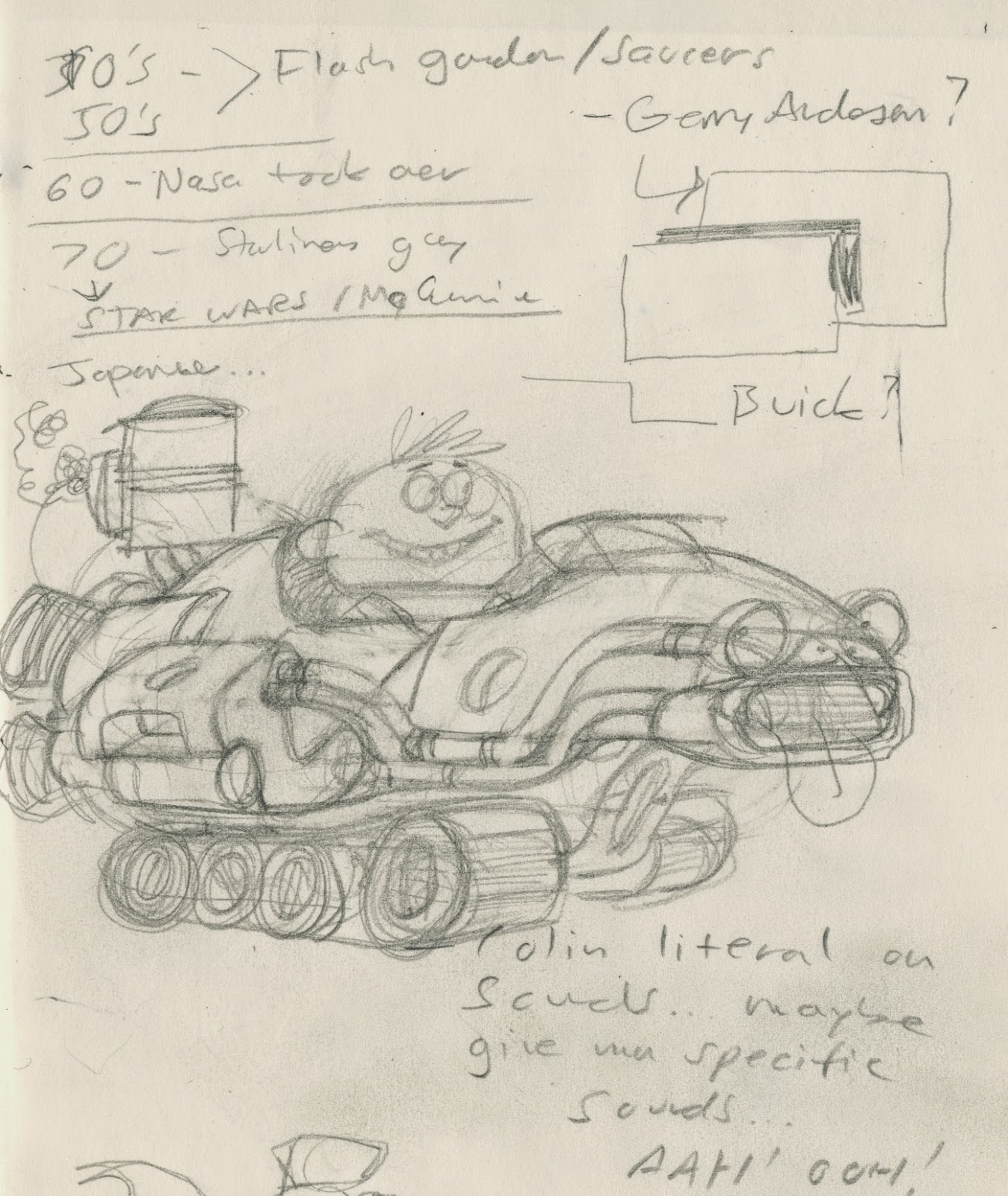 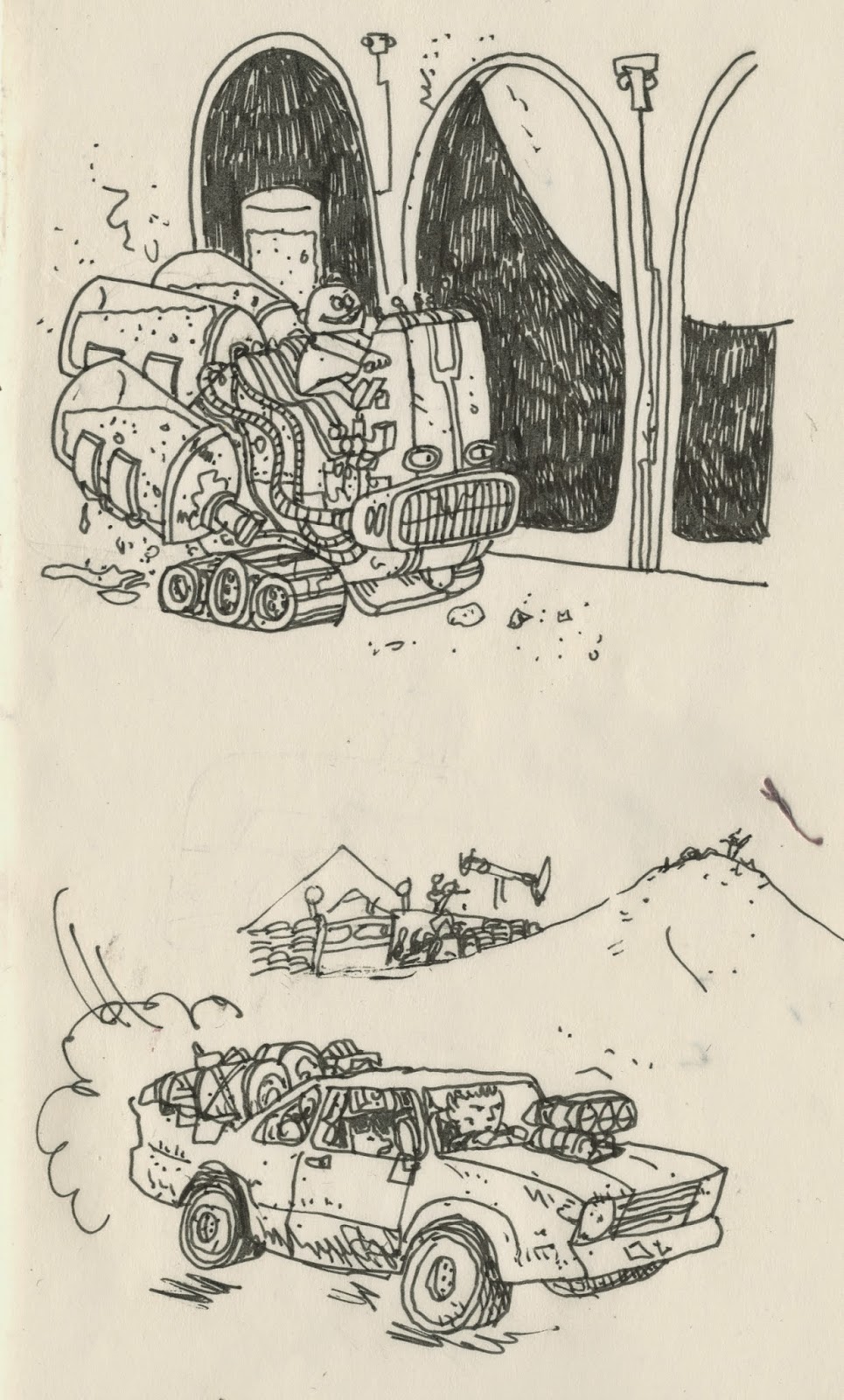