Here are a few more sketches from my big, sprawling, "rock and roll kid ends up in apocalyptic wasteland" story.  The star of the story is Worm, who I am really getting a kick out of.  I have many ideas and notes for this, but I really don't know what form it will take, and when I will be able to get to it.  I see it as a one long, stand alone, graphic novel.

One of the things I'd like to do is incorporate real lyrics into the story, as Worm has many of his favorites memorized.  I've blurred out some notes that would only make sense to me. 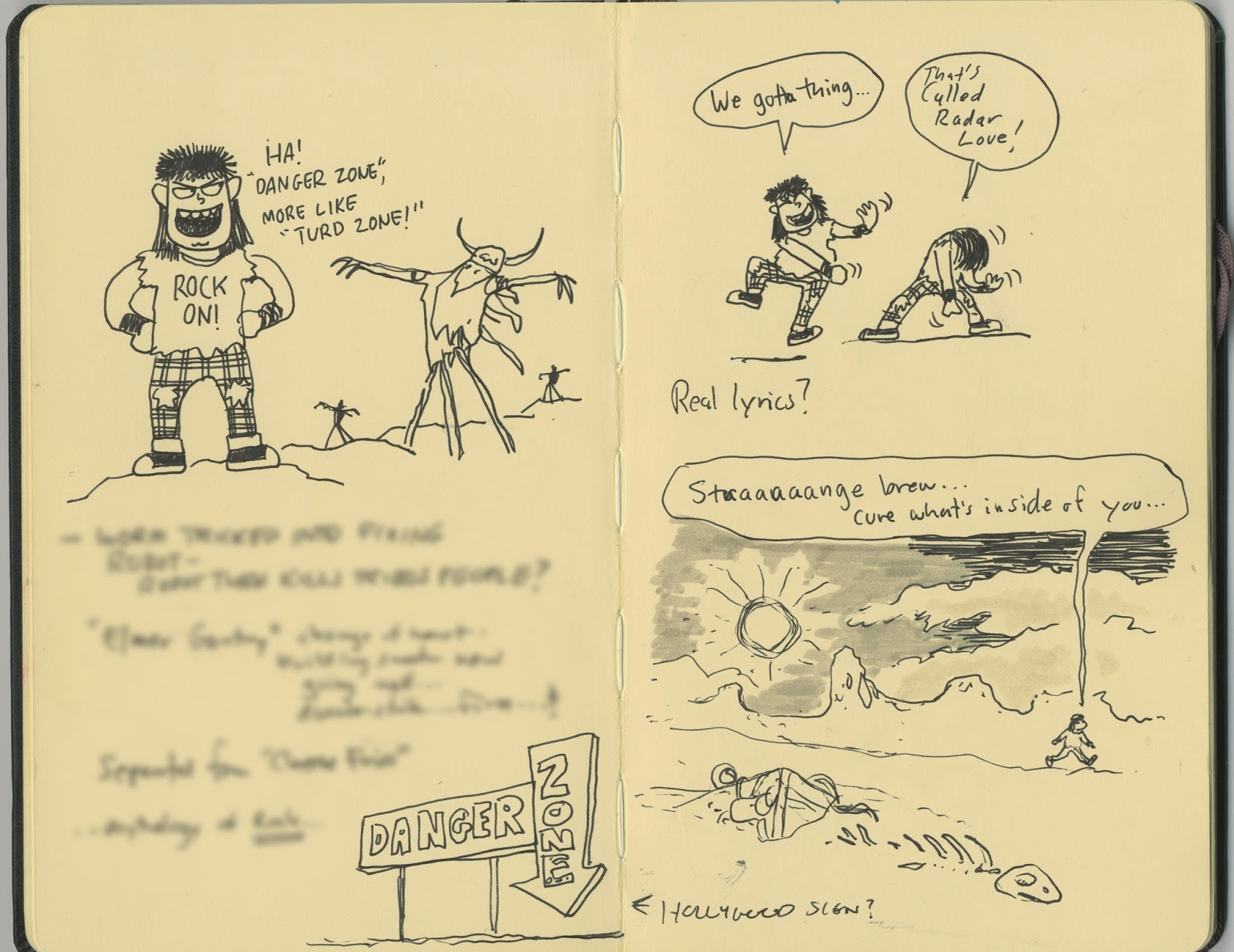 Here's some other characters.  At the bottom of this page are three tribe elders who carry ancient trophies on their heads.  They have named themselves after the text on the trophy that they each wear.  The first one is "MVP," the next is "Champion," and last two are known as "Northeast Champs Division 4" 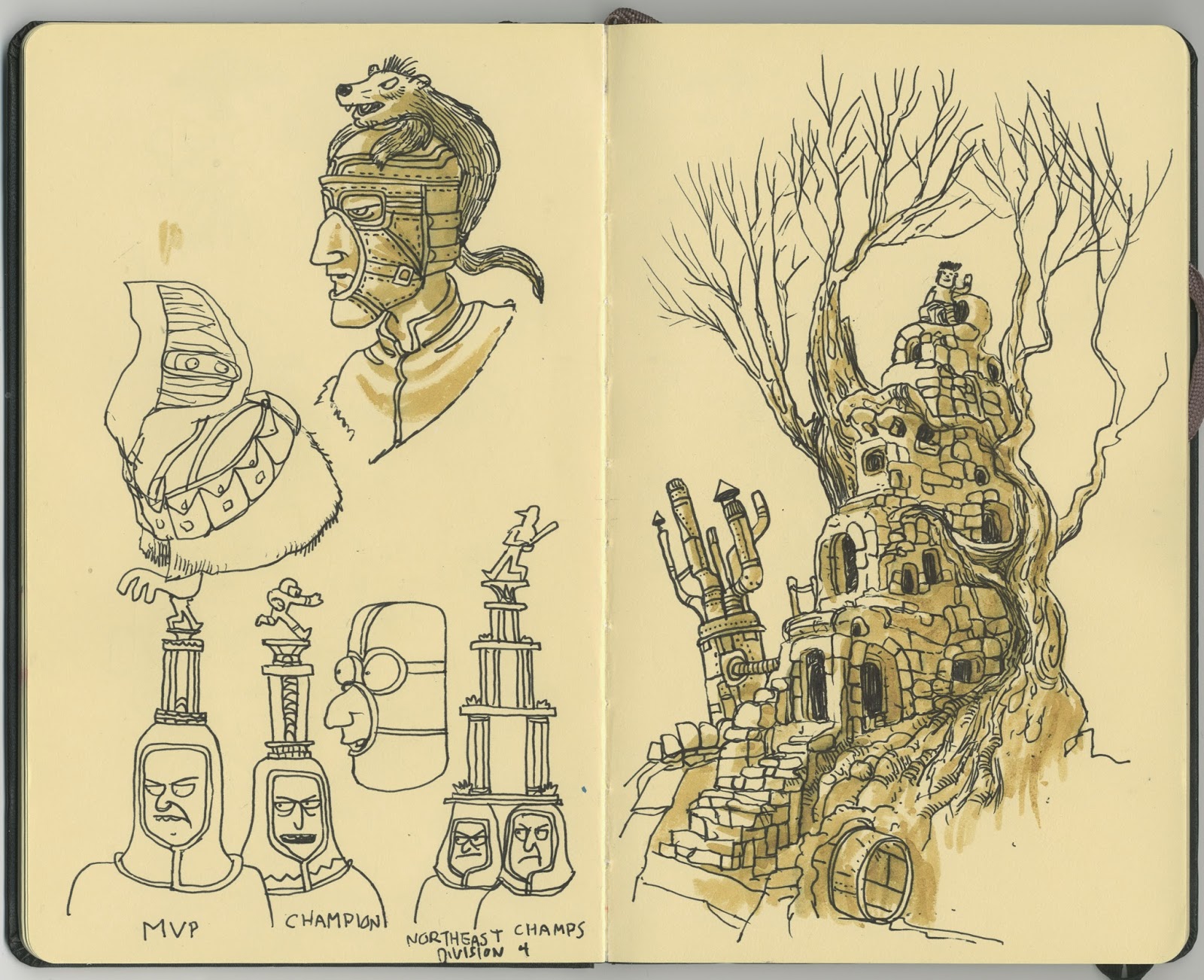 More supporting characters.  (This image is made up of two scans.) 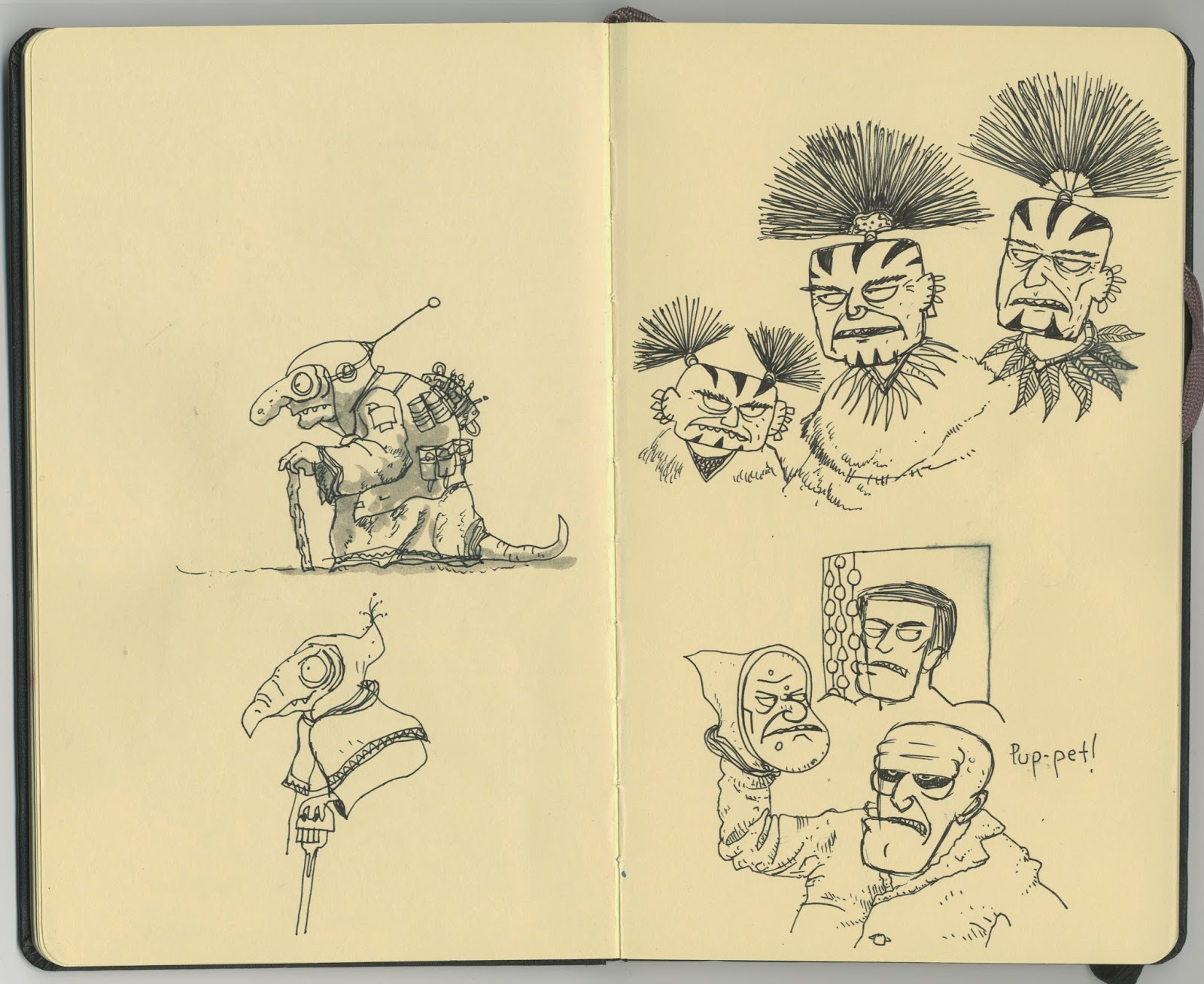 Worm's best friend is a local warrior-type kid called Cheese Fries.  Worm gives him that name after being unable to pronounce his real name. 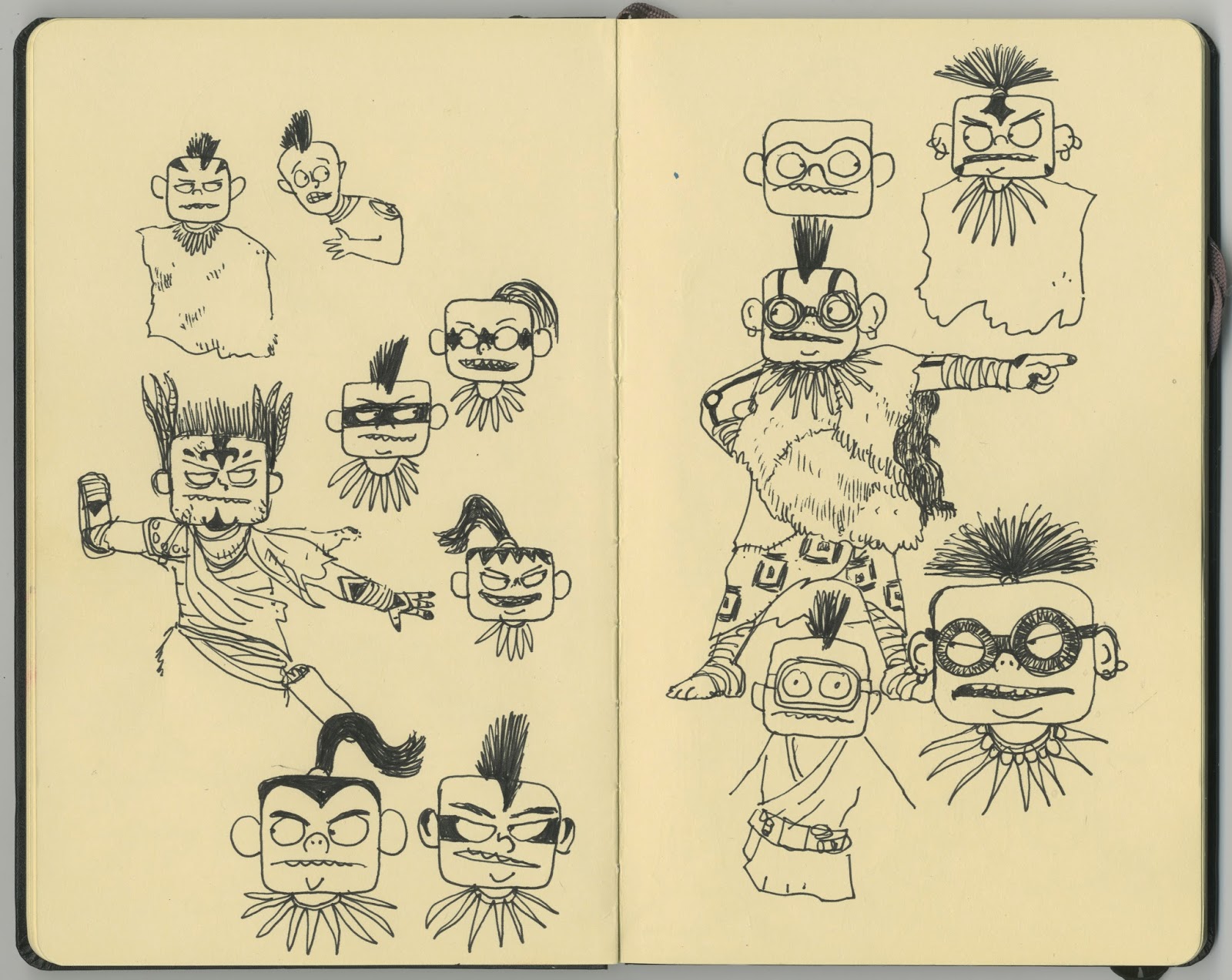 Posted by Michael Rex at 7:16 AM No comments:

Sometimes when you have a new idea turning over in your head, it's good to knock out a simple image to help make your concept concrete.  These are the two main characters from something new that I am working on.  I'm not sure what form the book will take at the moment, but I'd love to do another graphic novel.

The quick version of the story is that Trent is an American kid who gets "stuck" in the small, strange, and strict country of Ploobsburg.  He becomes fast friends with Flexi and the two of them have to figure out a way for him to get home. Oh yeah, that barbed wire on the wall there?  That's a pretty common site in Ploobsburg. 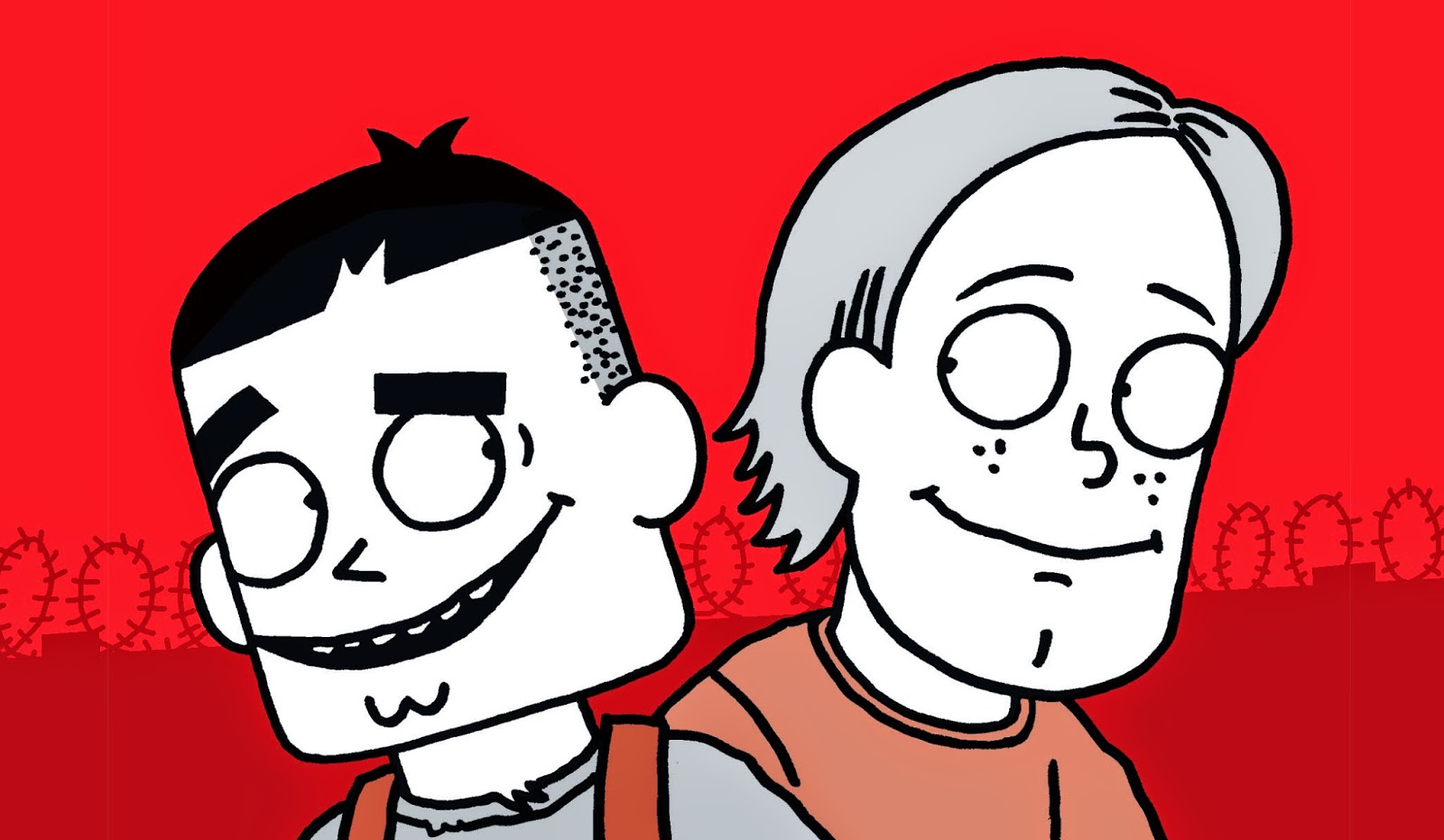